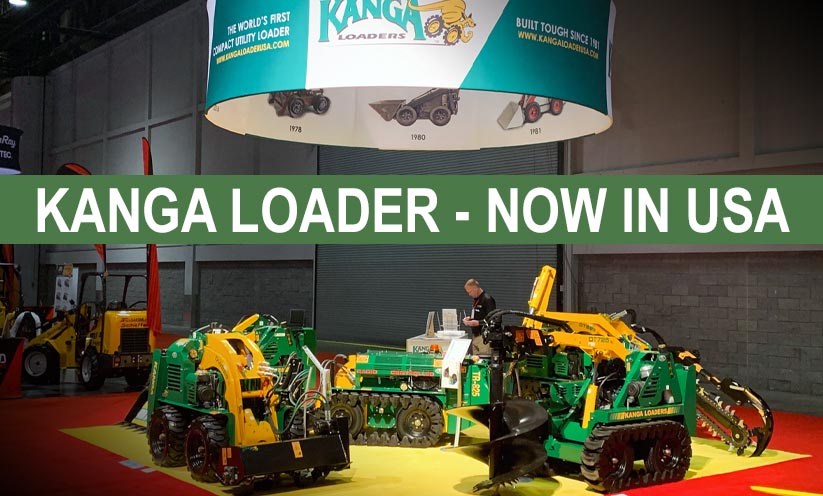 In February, Kanga introduced its range of compact utility loaders at the ARA’s Rental Show in Orlando, Florida. Finally, Australia-based Kanga Loaders is making a return to North America.

Originally designed in Australia as a motorized wheelbarrow in 1978, the concept developed into an earth-moving machine. As a result, we began manufacturing the first stand-on loaders in 1981.

Attachment manufacturer Digga acquired Kanga in 2010, and consequently the loader company began to expand outside of its native Australia.

While 100’s of Kanga machines have been exported into the US over the past 30 years, Kanga Loaders has setup a facility in Iowa from which to grow its expansion into the North American market. Unlike other companies, who produce a multitude of different products, our only focus lies in the compact utility loader market. Therefore we have been able to develop a machine, which provides superior return on investment due to its reliability, durability and low maintenance costs.

Kanga Loaders USA’s business development officer Martin O’Grady is excited that “from there, we’ve grown into an international business with sales in Europe, Asia, and North and South America”.

Want to get in touch about vendor opportunities? Leave your application at www.kangaloaderusa.com/vendors

Requesting a brochure for: